Many people wonder what characterizes a “holistic” or “biological” dentist.

For the record, it is not an accredited specialty in dentistry.

There are a lot of variations among biological dentists, as far as their training and their treatment modalities. To be very brief, they all have in common the following principles:

“Whole-body approach: In my office specifically, we evaluate and treat every person individually. Restoring a tooth or a bite has to take into consideration not only materials, but gums, bite stability, airway, jaw-joints, skeletal and craniofacial aspects, tongue space, esthetics, basically a whole-body connection on the material, biological, cranial, physical and physiological levels.

“Most patients nowadays have a long history of medical issues, chronic disease, poor dental work, failed childhood orthodontics, deeply ingrained fears, obscure facial pains, and chronic heavy metal toxicity. Their chronic problems will not resolve overnight, and may not resolve at all. The resolution of their dental issues, if they are contributing factors, may speed up their healing. For example, a patient with high blood pressure is found to have amalgam fillings, gum disease and a small jaw with worn-down teeth. His small jaw and constricted airway, coupled with the gum disease are more likely to cause a cardiovascular crisis and shorten his life span.

“Metal-free dentistry: I believe that metals have become obsolete in most areas of dentistry. With the advent of Zirconia ceramic implants, which I immediately embraced, even titanium implants are now mostly avoidable. I do not use metals if I can help it, for many reasons. Judging by their physical characteristics, they are not intended to be inserted into biological systems.”

“Homeopathy and naturopathy: Unless there is a condition which is life-threatening, or severely impacts the condition of a patient, I choose to use natural and homeopathic remedies. The body ascends the health ladder as it recovers from a crisis using a natural and comprehensive approach. I use antibiotics and pain-killers only as a last resort.”

“Minimally invasive dentistry IS a holistic approach. Laser dentistry is an essential tool for any biological dentist, as it minimizes trauma and reduces the risks for root canals.”

“A multidisciplinary approach has to be taken with many patients. We work closely with many practitioners in complementary fields, to provide the best possible services for the general well-being of the patient.”

Mercury-Free: We do not place silver amalgam fillings and we do respect the overwhelming scientific evidence accumulated over the last two decades, pointing to many alarming facts concerning the unsuitability of amalgams for use in humans. 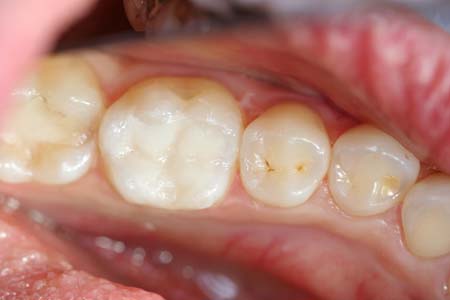 In many European countries, its use has been almost abolished, and moreover, banned for placement in pregnant women and children. In the US, there has been heightened consumer awareness and many patients are demanding full informed consent before having anything placed in their mouths. To find out more about mercury in amalgams, visit the IAOMT web site.

If we need to replace failing amalgam fillings, we first make sure that certain supplements are taken under the guidance of the patient’s naturopathic practitioner, to boost excretion processes. We then follow strict protocols set aside by the IAOMT, the most important measures including:

An extreme case demonstrating the possible effect of silver-mercury amalgam fillings is told by the mother of this 15-year old teenager in Dangerous Dental Amalgam Fillings.

In the field of non-biological dentistry in the US an amalgam or mercury filling is still often considered inert. The following video clearly shows that an amalgam filling out-gasses noticeable amounts of mercury when only slightly stimulated…