Dental amalgam is considered a safe, affordable and durable material that has been used to restore the teeth of more than 100 million Americans. It contains a mixture of metals such as silver, copper and tin, in addition to mercury, which binds these components into a hard, stable and safe substance. Dental amalgam has been studied and reviewed extensively, and has established a record of safety and effectiveness.

The replacement of serviceable amalgams for health reasons by dentists is considered unethical by the ADA code of ethics. Dr. Sarkissian never convinces his patients to replace amalgam fillings unless there is evidence of failure or recurrent decay, or the patient prefers to replace them for cosmetic purposes. He will never guarantee any improvements in health conditions or diseases unrelated to the oral cavity, just on the basis of removing amalgam fillings.

If you are one of millions who have educated themselves on the mercury amalgam controversy and have touched that subject on the web, we do not have to give you a long lecture. The purpose of this section is not to examine and debate its toxicity, nor to discuss methods of heavy metal detoxification. However, we feel inclined to provide a summary of the scientific facts about amalgam, its properties, its effects on teeth, and our precautionary protocols surrounding their removal. 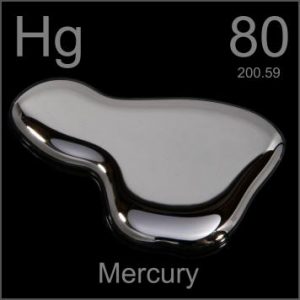 Half of what is known as amalgam is mercury, one of the most toxic substances known to man. The other half is made up of a powder of varying portions of silver, copper, zinc, and tin. As the liquid mercury and the powder are mixed, a paste is formed, which eventually hardens into an unstable “alloy”. In fact, it is not a true alloy, but a conglomerate of different “phases” between the mercury and the other metals, some of them somewhat stable, some less stable. Being unstable means that if the temperature of the amalgam “alloy” is raised, or its surface is agitated and/or rubbed, mercury vapor will be released in significant amounts. This does not happen with a true alloy.

The main reasons amalgam caught on in the late 1800’s, (yes, you read it, more than 150 years ago) was the ease of placement, relative durability, and cost. Finally, there was a substance which would be affordable by almost anyone. After the initial furor and controversy surrounding its toxicity, it was eventually accepted and adopted by the ADA. Mercury amalgams were now being placed into the mouths of millions of people worldwide. Not to mention the vast amount of elemental mercury that was (and still is) entering the environment, in the form of human excrement, or as these metals are ground away by dentists, or as deceased amalgam carriers are being cremated.

Properties Of Amalgam As A Dental Restorative

Before a dentist places amalgam, the tooth cavity is first ground down into a particular form with undercuts. This unnatural gouging of the tooth weakens the cusps and creates internal strains. Second, the dentist packs the amalgam paste into the cavity and then carves it into shape before it hardens completely.

The following factors make amalgam an unsuitable material to use in teeth:

The main issue surrounding replacement of mercury fillings is to minimize mercury release into the surrounding air and environment, and to prevent exposure to patient and staff alike. This rule should be followed by ANY dentist replacing amalgams, not only biological dentists. It is unavoidable that some mercury is released when drilling out these old fillings, but with the right precautions the risk of ingesting this poison can be eliminated for the patient as well for the dentist and his assistant.

Most small amalgams with moderate decay and no cracks can be restored with composites. These are BPA-free tooth-colored materials which are made up of a resin-based matrix filled with microscopic granules (nanoparticles) of ceramic and glass.

Larger cavities or teeth which have cracks are always restored with bonded porcelain onlays, which are very durable and biocompatible. The porcelain covers the cusps, protects the walls from further damage, and withstands chewing pressures. Their design is less invasive than full crowns, as healthy tooth walls are not ground down.

Following are a few showcases of Dr. Sarkissian’s own patients, outlining amalgam replacement, the damage caused to the teeth, and how they look like after being restored with a biocompatible substance (composite or onlay).

Please follow these recommendation for supplements to be taken and guidelines to be followed before and during amalgam removal. It must be stressed that they are based on varying nutritional protocols reported in complimentary medical and dental literature, and are not meant to treat any systemic diseases, nor to prevent any dental complications that may otherwise occur.

WARNING: We urge you to consult with your physician or nutritionist before taking any of these supplements , especially if your health or excretion is compromised. Please be aware that some herbs interfere with allopathic medication, or may be absolutely contraindicated for use in pregnancy, heart disease or antidepressant therapy.

It is generally recommended to be on these supplements starting at least 2 weeks before any dental treatment and continuing for one more month after completion of therapy.

Throughout the weeks or months of treatment, it is advisable that: